You don't have any saved vehicles!

Look for this link on your favorites:

Once you've saved some vehicles, you can view them here at any time.

Whether you travel around Jenkintown, Abington, Glenside, or Philadelphia for work or leisure, it’s important to have a fuel-efficient vehicle. That way, you can spend more time on the road before needing to stop and refuel at a gas station.

One vehicle that could keep up with your daily routine is the 2019 Sentra. We’ll tell you how in this informative guide.

Continue reading to learn what the gas mileage for Nissan Sentra is, and contact Faulkner Nissan Jenkintown if you have any questions. 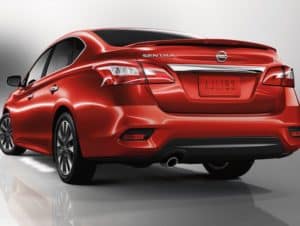 While the 2019 Nissan Sentra is quite efficient, its fuel economy ratings vary based on the engine and transmission pairing.

For instance, the vehicle comes standard with a 1.8L 4-cylinder engine and 6-speed manual transmission. With this pairing, the vehicle achieves an EPA-estimated 27 city/35 highway MPG.1

Then, there’s the SV trim, which also has a 1.8L 4-cylinder but is mated to an Xtronic CVT® (Continuously Variable Transmission). Together, they help the car achieve an EPA-estimated 29 city/37 highway MPG,1 which is the most efficient rating in the lineup.
The SR Turbo and NISMO trims are each equipped with a 1.6L turbocharged 4-cylinder engine. However, the former is mated to an Xtronic CVT® with manual shift mode, while the latter is paired with a 6-speed manual transmission.
As a result, the SR Turbo has a fuel economy rating of 27 city/33 highway MPG, and the NISMO achieves a rating of 25 city/31 highway MPG.1

A PUNCH OF POWER IN THE NISSAN SENTRA 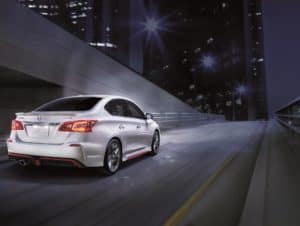 Not only does the 2019 Sentra have impressive fuel economy ratings, but it’s also very powerful. In fact, the aforementioned 1.6L turbocharged 4-cylinder gives the SR Turbo 50% more horsepower than the other trim levels, at 188 horsepower.

Plus, the engine has various components that help contribute to the car’s power, including:

• Spray-coated and mirror-finished cylinder bones: They reduce friction and heat, which lets the engine spin more freely.
• Low-inertia turbocharger: It spools up faster, which helps the engine respond faster and the vehicle to accelerate quicker.
• Low-pressure cooled EGR: It helps the Sentra get higher fuel efficiency without sacrificing performance.

The Nissan Sentra offers Active Understeer Control, which helps you stay more in control on the road. Whenever you turn a corner, this system can sense understeer or oversteer and subtly apply the brakes. That way, you can get sharper handling while still getting a smooth and comfortable ride.

Furthermore, the car has a couple driving modes for you to tailor your overall driving experience. There’s the standard ECO Mode, that’ll help bump up the vehicle’s efficiency. There’s also the available Sport Mode, which gives you a more thrilling ride when you crave it the most.

As you can see, the 2019 Nissan Sentra is very efficient, which is great for long drives around Jenkintown, Abington, Glenside, and Philadelphia. To see how this compact car can help improve your daily commutes, don’t wait. Schedule a test drive at Faulkner Nissan Jenkintown today!

You don't have any saved vehicles!

Look for this link on your favorites:

Once you've saved some vehicles, you can view them here at any time. 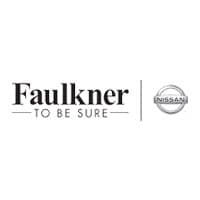